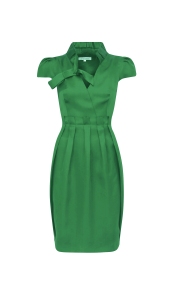 Delighted to take part in the catwalk show for Fashion for the Brave last night. Fabulous faces in fashion stepped out in aid of our heroes.

Fashion for the Brave is a high profile fundraising gala for the Household Cavalry Operational Casualties Fund (HCOCF) and The British Forces Foundation (BFF).  The HCOCF provides financial support to injured soldiers and their families, including those who have lost their lives on active service.  BFF boosts the morale of servicemen and women on the frontline and in operational theatres all over the world, primarily through high quality entertainment.

Sponsored by The Dorchester and Boodles, supported by the British Fashion Council, and organised by legendary fashion industry stalwarts Hilary Alexander and Lesley Goring, Fashion for the Brave will be held at The Dorchester on Thursday 20 September 2012. The black tie gala will feature a catwalk show featuring the best of British brands and will be attended by British stars of fashion and film.

Caroline Rush, Chief Executive of the British Fashion Council says “The British Fashion Council is delighted to support Fashion for the Brave.  It’s a wonderful way of celebrating, supporting and thanking our soldiers for their bravery and dedication. They truly are the Best of British and the event itself will feature absolutely the best of British fashion – from heritage brands to our most contemporary young designers.”